Are these the Droids you’re looking for? 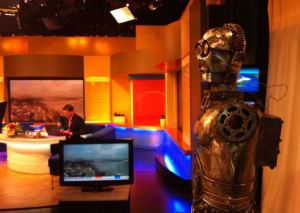 From Star Wars to Transformers, from Buck Rogers to Robocop – robots are a massively popular part of modern movie culture.   But have you ever wondered what it would be like to own your very own real life Android? I thought I would give it a go. I got in touch with a couple of well connected robot purveyors and borrowed the gang below for a couple of weeks.
If you want to start your own robot army, this is a good place to begin.

These are the droids you’re looking for. Made from a concoction of remnant mechanical parts, the C3PO replica is enough to make the biggest Star Wars fan dizzy with excitement.

Perhaps applying a power source would bring C3PO to life but I doubt it.  He is best employed as a statue to impress your fanboy friends.

Click this image to view the review at TVNZ.co.nz 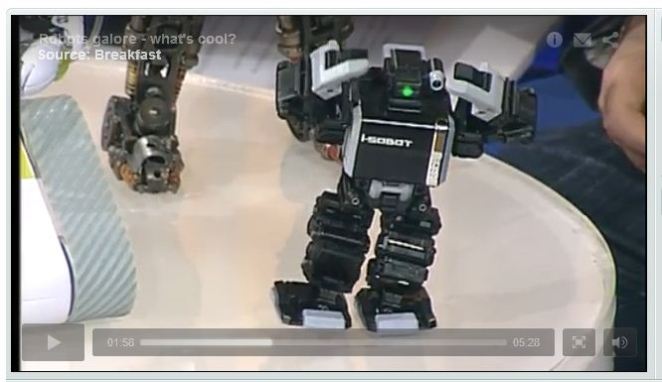 Say hello to the I-Sobot. Standing a mere 16.5 cm tall, this hyperactive robot boasts his name in the Guinness Book of World Records as the smallest robot in production.

The robot dances to the beat, does push-ups and somersaults, can beg for mercy, re-enact Western gunfights, imitates animals, hula dances, plays air guitar, kicks and punches with sound effects, responds to applause and pretends he’s drunk. Not only does the i-SOBOT talk with a vocabulary of 200 words and phrases, it also plays its own music.

Spykee is a WiFi spy robot that moves, sees, hears and speaks! He can be controlled from anywhere in the world using the Internet, or from your home via WiFi. Use Spykee as a surveillance system, webcam and VoIP phone to talk to people around the world for free via the internet, MP3 music player and photo / video recorder!

All prices correct at time of publishing. Products subject to availability.