On Breakfast this morning Rawdon Christie and I took a tour of this amazing “living rooms through the decades” installation at TVNZ’s Auckland Headquarters. 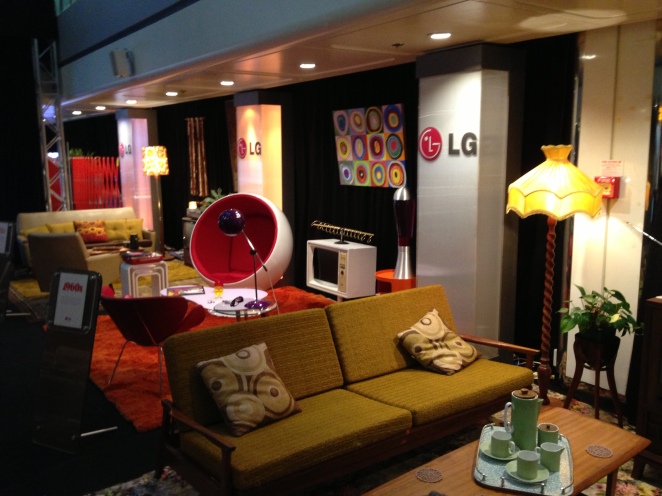 LG New Zealand has created the unique installation called “The Evolution of Television” to launch the next generation of TVs, including their revolutionary Curved OLED shown below.

The TVNZ foyer has been transformed into a series of installations, showcasing a typical living room scene from the 50s, 60s, 70s, 90s and 00s to mark the development of television through the decades.

The jewel in the crown is LG’s new 55-inch Curved OLED TV, New Zealand’s first OLED TV which goes on sale on September 11. This TV is an absolute beauty. The new technology doesn’t require a backlight as the OLED film emits it’s own light, resulting in dark blacks, excellent contrast and vibrant colour images.

The curved perspex stand is also a bit sexy (can I say that? Oh well, I just did).

This is the industry’s very first curved screen ergonomic design, providing an “IMAX-like” viewing experience in the home.

Only 4.3 millimetres at its thinnest point and weighing just 17 kilograms, LG’s curved OLED TV produces astoundingly vivid and realistic images. This is the TV for early adopters with $17,000 in their back pocket. If that sounds like you, you can make an expression of interest through the website at http://www.lg.com/nz 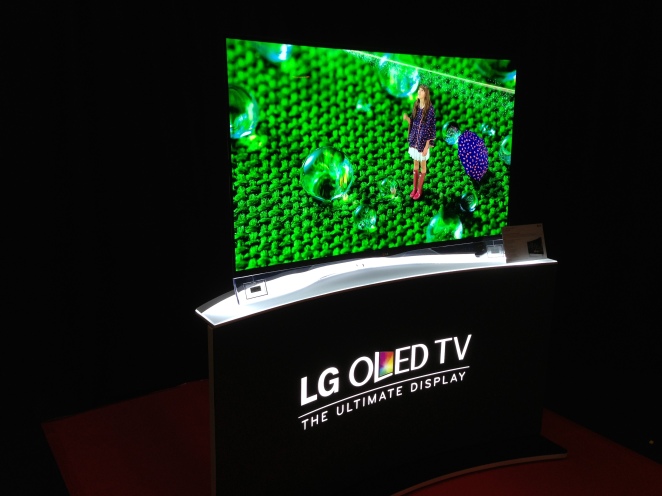 Up close and personal with the OLED TV. The clear perspex stand almost makes it seem like the image is floating in the air.

For a glimpse into the future of TV catch @bucklesnz on TV1's Breakfast at 8.45am pic.twitter.com/VAIjkSe4S8