The Nokia Lumia 930 is the latest flagship smartphone from Microsoft and what a classy little device it is.  It’s designed to provide a high-end alternative to the current crop of Android and iOS suspects and it manages to do that really well.

The phone is quite a good looking beast, with a 5 inch full HD display with a Gorilla Glass 3 touch-screen on the front and a polycarbonate panel on the back.  The aluminium bezel that encircles the phone adds to the premium look and feel.

The Lumia 930 comes with the latest Windows Phone 8.1 operating system, giving business users easy access to the productivity tools that they use most such as Office and Outlook.

But it’s not all work, work, work; the Lumia 930 offers a seamless experience across your phone, tablet, Windows PC and Xbox devices – making it easier to access your favourite shared files in more places.

Hands On Testing
Windows Phone 8.1 gives you the option of customising the home screen with your own background image.  Depending on your configuration you’ll get a series of opaque and see-through live tiles on the home screen.

The 5 inch full HD screen is bright and vivid and it even managed to look good outdoors in the late winter/early spring sunshine.

If you’re considering moving to Windows Phone you might worry about the perceived lack of apps.  I was pleasantly surprised however to find a lot of the apps I regularly use were available in the Windows Store.

I was quickly able to find and install Shazam, Instagram and even a pretty good Snapchat client. The Windows phone version of Facebook is much better looking in my opinion than Android or iOS. That was a surprise – but a good one.  If you’re looking for newer, hotter apps though, you might have to put them on your wish list.

Camera
Nokia phones are renowned for their quality cameras and the Lumia 930 has a great 20mp PureView camera.  As a OneDrive (Windows cloud storage) user I was happy to switch on the photo sync setting but I was surprised to find that only low resolution photos were being backed up.

The phone captures both a high and low resolution version of every shot so after a bit of digging around in the settings I was able to turn on automatic syncing of the larger pics via Wi-Fi.  Why Nokia didn’t make it easier to save the large lovely photos from the phone I don’t know.

Storage and Battery
As with most smartphones there are some small compromises to make. The Lumia 930 has 32 GB of storage but no micro SD card slot.  In this day and age with cloud storage and streaming music services that’s not such a big deal, but I personally like being able to swap files between devices via removable media.  It’s much tidier than having to use USB to micro USB cables and simpler than Bluetooth.

Also, there’s no removable battery so you’ll need to keep an eye on your power levels.  While the phone has wireless charging capabilities, the charger is an optional extra.

Final View
Within a couple of days of moving to Windows Phone I was more than happy to use the Lumia 930 as my main phone.  Rather than find the software a compromise, I found it a pleasure to use – the personalisation abilities and the live tiles make it fairly personal and immersive experience.

While not all of the apps I would normally use were available (no ANZ banking app for example) many of the native Windows Phone apps such as Bing Translator were great to use.

In summary – if you’re in the market for a top smartphone and you haven’t given Windows Phone a try, the Lumia 930 deserves a test drive at the very least.

Nokia Lumia 930 with Windows Phone 8.1 OS. You can use a background image which “peeks through” some of the home screen’s live tiles. 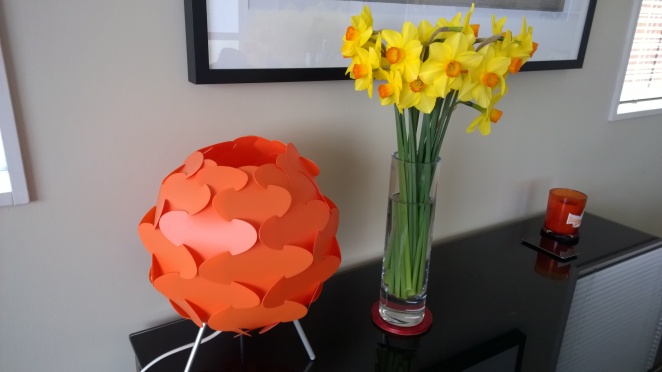 Indoor shot with the Nokia Lumia 930 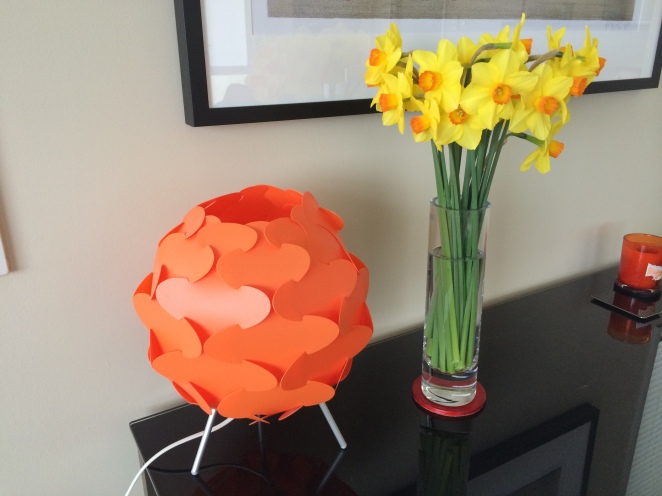 Indoor shot with the iPhone 5s

Daylight shot with the Nokia Lumia 930

Daylight shot with the iPhone 5s