According to the quote from Wallis Simpson, you can never be too rich or too thin.  Apple seems to have applied that maxim to the all new iPad Air 2.  Not only is it rich in features and apps, it is amazingly thin and light.

In fact, when my review unit arrived I wondered just how they managed to get all of the electronics into what is essentially a thick slice of air. 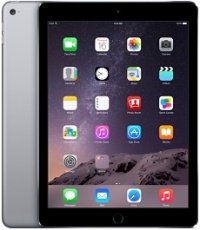 Apparently magic has something to do with it.  Honest!  At the global launch 10 days ago Apple’s Philip Schiller describe the iPad as a “magical” piece of glass that runs more than 675,000 apps specifically designed for it.

Was Phil using the word magical in the sense that the device is beautiful or delightful, or was he hinting that supernatural powers were at play in creating the device?

I suspect the former, but either way, the new iPad has finally reached New Zealand so you’ll be able to go in-store and figure that one out for yourself.

Here’s what you need to know about the all-new magical device:

The New Zealand pricing for each model is as follows: