29 April 2015: So, here we are in Singapore where LG aren’t just launching a phone, they are promising to “let you see and feel true greatness”.  That’s from the press kit blurb, which admittedly, always tend to lash on the superlatives.

But anyway, let’s see how the day goes..

9:55: Media stroll from the Marina Bay Sands (yep the one that dominates Singapore’s skyline with a rooftop infinity pool that spans three sky scrapers) to the nearby ArtScience Museum, the distinctive building which happens to be shaped like a lotus flower. 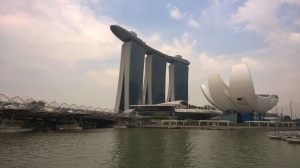 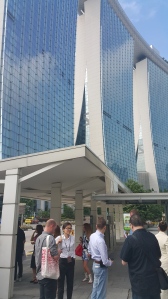 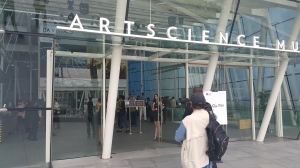 The new LG flagship smartphone, the G4, will be revealed this week and if the pre-publicity is to be believed the phone will come sporting a smart leather jacket.

Press invites to the launch events in New York, London, Paris, Seoul and Singapore teased the arrival of a premium leather back for the high end device.

A number of leaks support the rumour that the high-class-hide will be a key selling feature.

Apparently the production of this particular case takes 12 weeks which seems ages in the fast-turnaround, high-volume production world of the modern smartphone.

So much for the back, the question is what can kiwi consumers expect from the phone itself?

We know that LG has an impressive pedigree in smartphones; the G2 sported an edge to edge Full HD IPS 5.2″ screen and innovative battery technology to power it. Meanwhile last years G3 featured a 5.5-inch Quad HD IPS and a 13MP camera with a class leading laser auto-focus system.

It has been confirmed that the G4 will have an even better screen than the G3, this time a Quad HD IPS Quantum Display which is 25% brighter and has a 20% better colour range than last years model.

Having visited their panel factories in Korea last year I know what a source of pride screen technology is for LG and this will no doubt be a big selling point.

The G4 will also retain the “back-of-the-handset” power and volume keys which mark it out from its competitors.

Even though so much has been revealed there are enough unknowns to keep a sense of intrigue around the launch.

In particular it will be interesting to see how LG position the phone as a lifestyle enhancing device (not merely a machine overflowing with technical specs) as their main competitors, Apple, Samsung and Huawei have successfully done.

I will be experiencing the Singapore event hands on and look forward to reporting back on Wednesday our time.
Google

Microsoft held an event tonight at the revamped Victoria Park Markets to launch the all new Surface 2 and Surface Pro 2 (see the pics below).  Just about every tweak that could have been made to the original Microsoft-made tablets has been made and the new machines are ready to go on sale worldwide tomorrow.

Luckily for us Kiwis, that means we don’t have to wait months for the new Surface’s to reach our shores (as we did with the first version).  We are the first market in the world to put them on sale, which means you can buy them at your local electronics retailer from tomorrow morning.

Prices start at $649 for the Surface 2 and $1299 for the virtual laptop replacement, the Surface Pro 2.  If you are after an entry level tablet, the original Surface RT is still part of the family with a software update to Windows 8.1 and is available for a steal ($499 in real money terms).  Keyboards, covers and other accessories are additional.

Guests gather round the new Surface 2

Celeste describes a day in the life of a Surface 2 toting uni student.

A bunch of Surface goodness, Surface 2, Surface Pro 2 docked and connected to monitor via micro display port, and some covers…

What do you get for your money?

An impressive event all round. Expect the Galaxy Note 2 in New Zealand around the last week of November. Approximately $1100.  TBC.

Looking for NZ pricing details. Here’s me in the meantime.

I don’t know who these people are. Ricki-Lee? Sam Sparro? Okay.

We’ve had the galaxy camera and ativ range. Now for the main event. 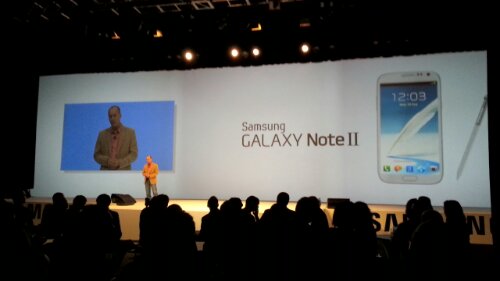 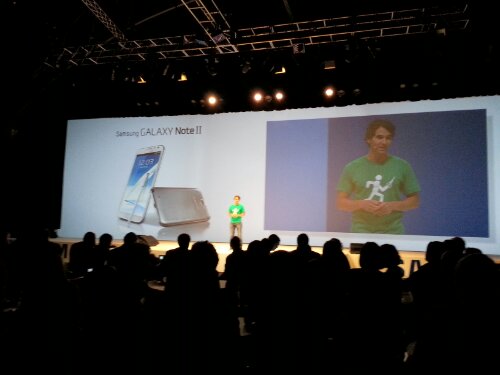 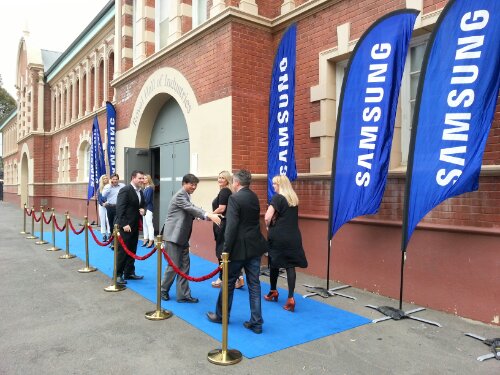 Live from the halls of industry in Sydney.